A Smashcake tribute to Willy Wonka

The Smashcake® dream has been deeply inspired by the movie, Willy Wonka & The Chocolate Factory which was released in 1971, a year before Kylene was born. Her earliest memory of watching the movie was at age 3, at home in her Sydney lounge room, with her parents & two brothers. That day, Willy Wonka (Gene Wilder) ignited a flame in Kylene's heart & a burning desire for anything sweet & magical. The morals taught in the movie were so poignant that they have stayed with Kylene & the way she operates her Smashcake® business today are very much based on Wonka's philosophies.

Here's a few of Wonka's quotes that Kylene adores !

Wonka Bars with Golden Tickets, Everlasting Gobstoppers & Lickable Wallpaper are a what dreams are made of, so when Kylene first dreamt of Smashcake®, she imagined creating products that would bring the same joy, fun & magic to the children, that Willy did in his movie. The emails, messages of gratitude & smashing photos that Kylene has received over the years are what continues to motivate her to create & innovate.

Gene Wilder the man, was as much of an inspiration to Kylene  as the character he played in the movie. It was a very sad day for millions of people around the world & for the world of chocolate, on 29th August, 2016, when he was bid a sweet farewell.

Willy Wonka you are MY maker of dreams.  Thank you for the inspiration.

We bid you Adieu. Somewhere over the Rainbow your Dreams really will come true... 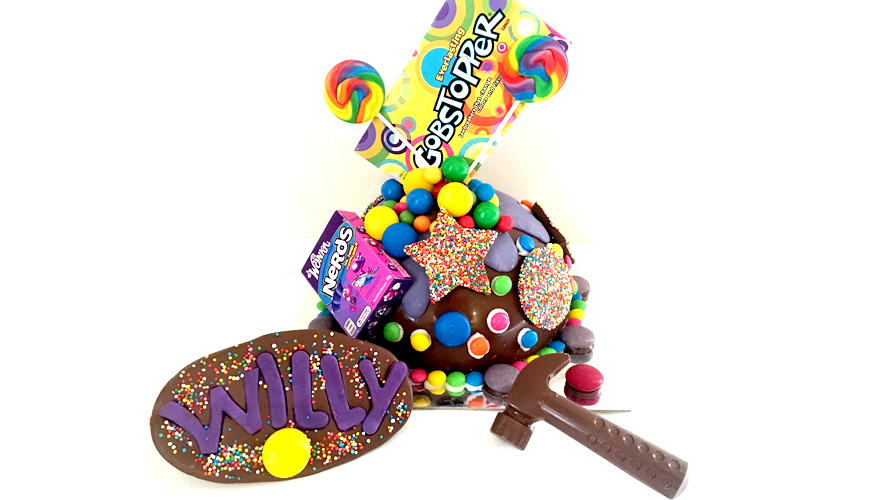